The StackStorm team is preparing the v3.8.0 release, and we'd like to highlight some new features and enhancements that are coming up in the Web UI.

StackStorm v3.7.0 has been released thanks to the hard work from StackStorm volunteers and our community at large! We’re very proud to have such an engaged and active community who keep coming up with new ideas to improve the StackStorm experience. During this release cycle, we have included some significant improvements, of which, the following are particularly noteworthy: Support for RHEL8/RockyLinux 8 and the deprecation of CentOS 8, Metadata Overrides, Action-Alias Testing, Action Clone Operation, and Expanded Garbage Collection.READ MORE…

By Amanda McGuinness of intive

Coming up in StackStorm 3.7.0 is a new feature that allows administrators of a StackStorm installation to “override” the default resource status that was specified by the pack owners.StackStorm 3.7.0 is currently going through release preparation, and will be released soon.

One of the benefits of StackStorm is the large variety of packs available on the StackStorm Exchange. But sometimes, users may not want the default content status provided by the community packs. We’re introducing a new feature into StackStorm 3.7.0 to make this easier to manage.

by Marcel Weinberg and Aaron Jonen

The new maintenance and security update v3.6.0 has been released!

StackStorm v3.6.0 comes with an important security fix and great improvements for developers and users.

StackStorm, an open-source event-driven automation platform, hosted under the Linux Foundation governance is glad to announce the partnership with Packagecloud.io to deliver the deb/rpm packages to its diverse user community.

Earlier this year StackStorm established a partnership program with some first partners that supported StackStorm in its Open Source journey when the project joined the Linux Foundation.

The Partners Program was created to recognize companies and organizations that provide ongoing assistance to the StackStorm Open Source project. Because of the substantial support provided by these partners, we have been able to expand and improve StackStorm. We would like to officially recognize their efforts and continue to maintain a good working relationship.

Here is the alphabetical list of the founding partners: 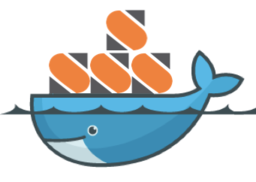 by Amanda McGuinness of Ammeon Solutions and Marcel Weinberg

It has been nearly 4 months since our previous v3.4.0 release and we’re super excited about this one!

With Ubuntu 16.04 reaching end-of-life, we are pleased to announce support for Ubuntu 20.04 (Focal Fossa). We have also included lots of performance improvements in v3.5.0.

by Tomaz Muraus and @blag

Today we are announcing StackStorm v3.4.1, a bug fix release which fixes a security issue which has been uncovered recently.

The issue affects anyone who is running StackStorm under Python 3 and doesn’t have a system locale / encoding which is used for StackStorm service processes (st2api, st2actionrunner, etc.) set to UTF-8. Under such conditions, if StackStorm receives a payload with unicode characters which also results in the payload being logged, StackStorm process would go into an infinite-loop trying to decode that payload. This would cause the affected service to have a high CPU utilization and also service log file to grow either until the process is killed or all the available disk space is exhausted (basically result in a DoS).

If you are running StackStorm under Python 3, you are strongly encouraged to upgrade to this release.

For more details, please see the sections below.

Hello Automation folks!
We would like to quickly update StackStorm community about the project progress, releases, plans and roadmap. Here is the overview.