By Amanda McGuinness of Ammeon Solutions 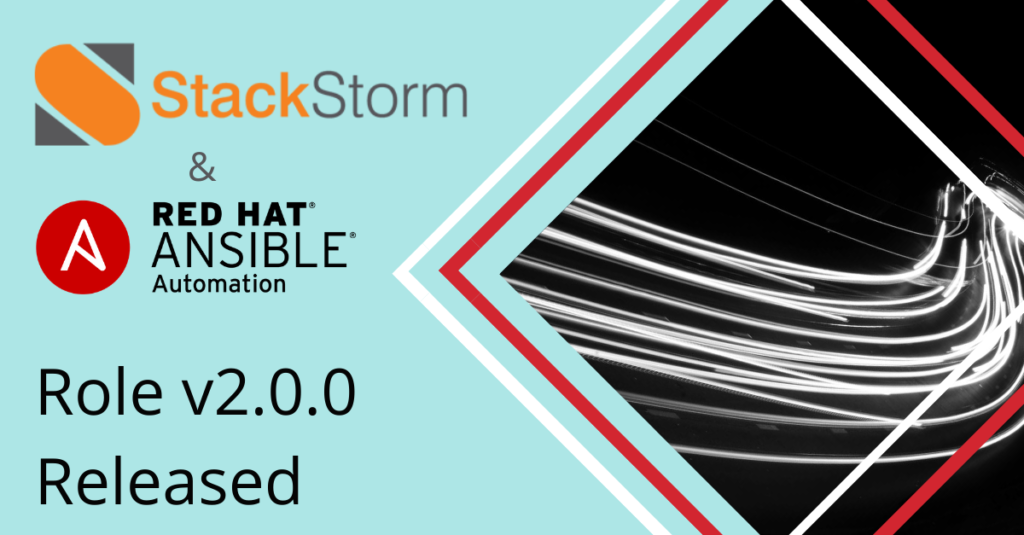 We’re very excited to announce that Ansible roles to deploy StackStorm have been promoted to new major version 2.0.0!

There has been a lot of activity recently on the ansible-st2 repository, with 4 releases in the last couple of months. Ansible can now be used to deploy StackStorm on more modern operating systems and with newer third-party applications.

The ansible-st2 release includes a breaking change: the removal of the st2mistral and postgresql roles. This is part of the StackStorm roadmap v3.3.0 changes to deprecate Mistral in favor of new workflow engine Orquesta. StackStorm 3.2.0 is the last release to support Mistral. Find out more about Orquesta at https://docs.stackstorm.com/orquesta/index.html, the new StackStorm self-grown workflow engine.

Note! If you are still in the process of migrating from Mistral to Orquesta, we recommend to use older v1.7.0 release of ansible-st2 which still has mistral role in place.

In-line with the single-line installer, the StackStorm Ansible roles have been updated to:

As usual, you can download it all at Ansible Galaxy: galaxy.ansible.com/StackStorm/stackstorm/ and find source code as Github repository: github.com/stackstorm/ansible-st2. We recommend pinning the role to a specific version in your infrastructure. Read more about the evolution of the ansible-st2 playbook and roles in the Releases Changelog.

Not an Ansible user?

The StackStorm/ansible-st2 module welcomes any and all contributions, including bug reports and at Ammeon Solutions we’re happy to contribute. If you or your team currently use Ansible or are curious about how to get started stop by the #ansible channel in our public Slack workspace.

If you find a bug or want to suggest a new feature please submit a new issue on the GitHub issues list.

​Amanda McGuinness is a Senior Consultant at Ammeon Solutions.​

Ammeon Solutions have a history steeped in operating critical infrastructure. Our mission is to automate all aspects of IT Infrastructure and Operations through the deployment of open source tooling coupled with enterprise-grade support. We recommend StackStorm to customers for a range of solutions including; streamlining fault detection ​ recovery, repetitive task automation and providing users with a single view across multiple domains and tools.